Extinction Rebellion is a global movement that forces governments and media to address the climate crisis—immediately and at all costs. The movement began in the UK in early 2018, and within months grew to a scale that allowed it to shut down London for over a week. The disruption forced the hand of local government to declare an official climate emergency, and to offer XR activists a seat at the table. Through deft study of historical resistance movements, effective non-heirarchical organization, brilliant graphics, and an increasingly sympathetic (and terrified) populace, XR has grown exponentially and is now active in sixty nations, and counting.

I joined XR in New York City, shortly after the local group’s first major action forced the city to declare a climate emergency. It’s the largest city so far to do so. I’m active in a new Brooklyn neighborhood group, and am working with the Media & Messaging working group to improve web content and outreach materials. My focus has been strategy and writing, but I’ve also been involved in design.

Please, as soon as you’re finished hiring me, go to xrebellion.nyc and join the movement. 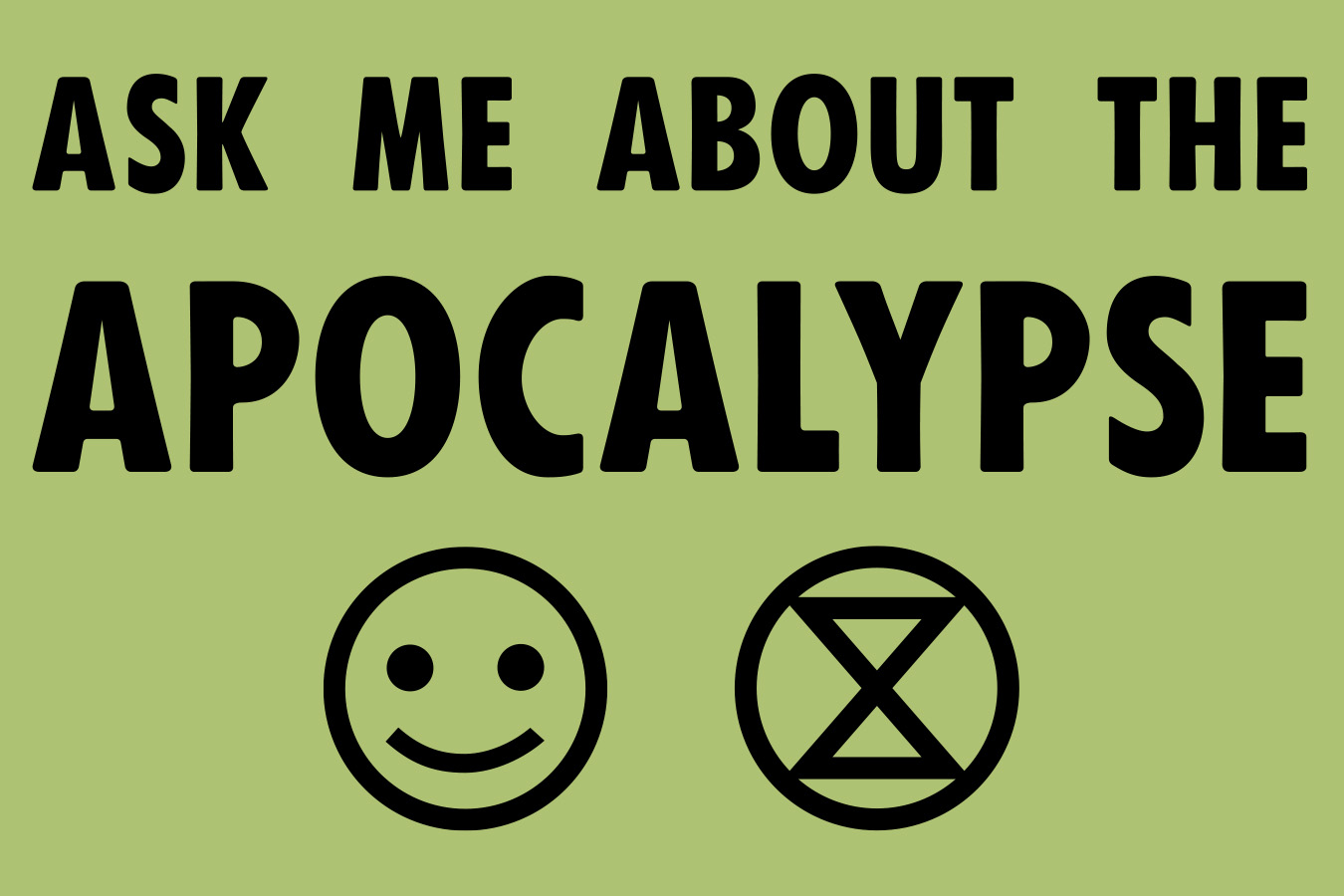 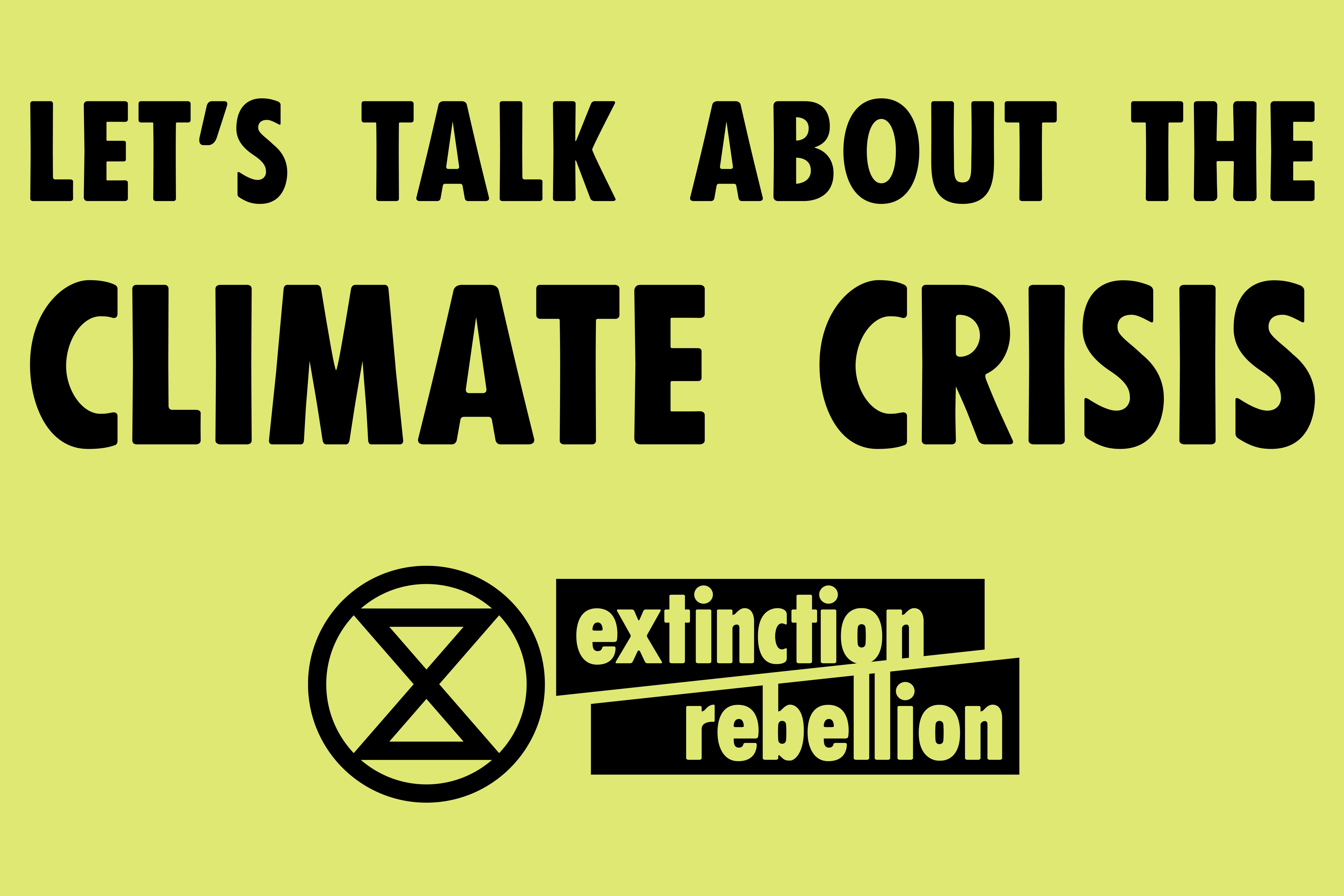 The original banners read “Extinction Rebellion Recruitment Center.” No New Yorkers that I know want to be recruited. For anything. I thought these needed a softer touch and sharper hook. 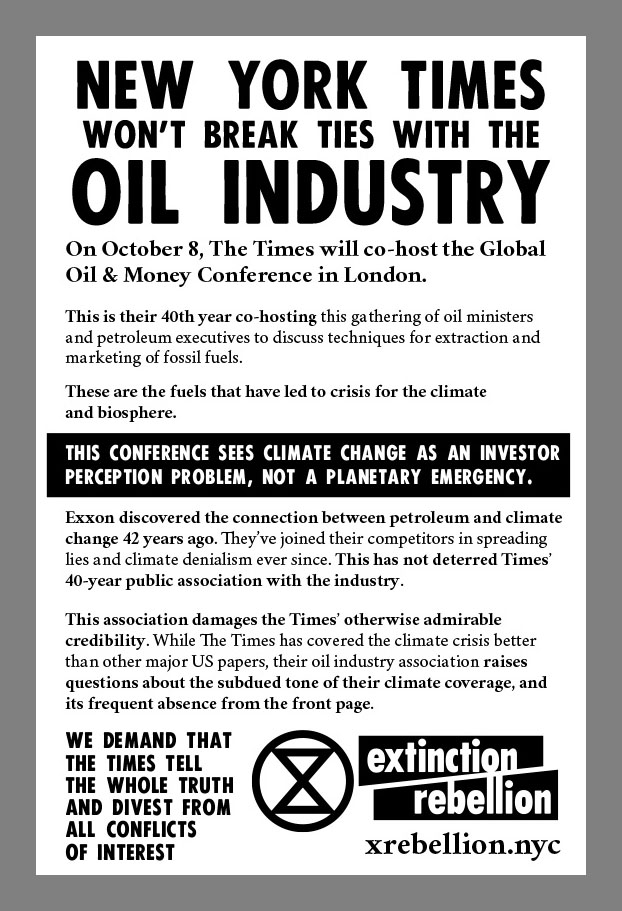 XR had spent months as a thorn in the side of the New York Times, protesting apparent conflicts of interest and the paper’s unwillingness to elevate climate change from standard topic to emergency. I wrote and designed this flyer, careful to acknowledge the Times’ otherwise excellent journalistic practices. My goal was to make only demands that the Times could actually act on, and to pave the way for a friendly and mutually supportive relationship with the paper. Three days following the protest where these flyers were distributed, the Times announced its permanent withdrawal from the Oil & Money conference. 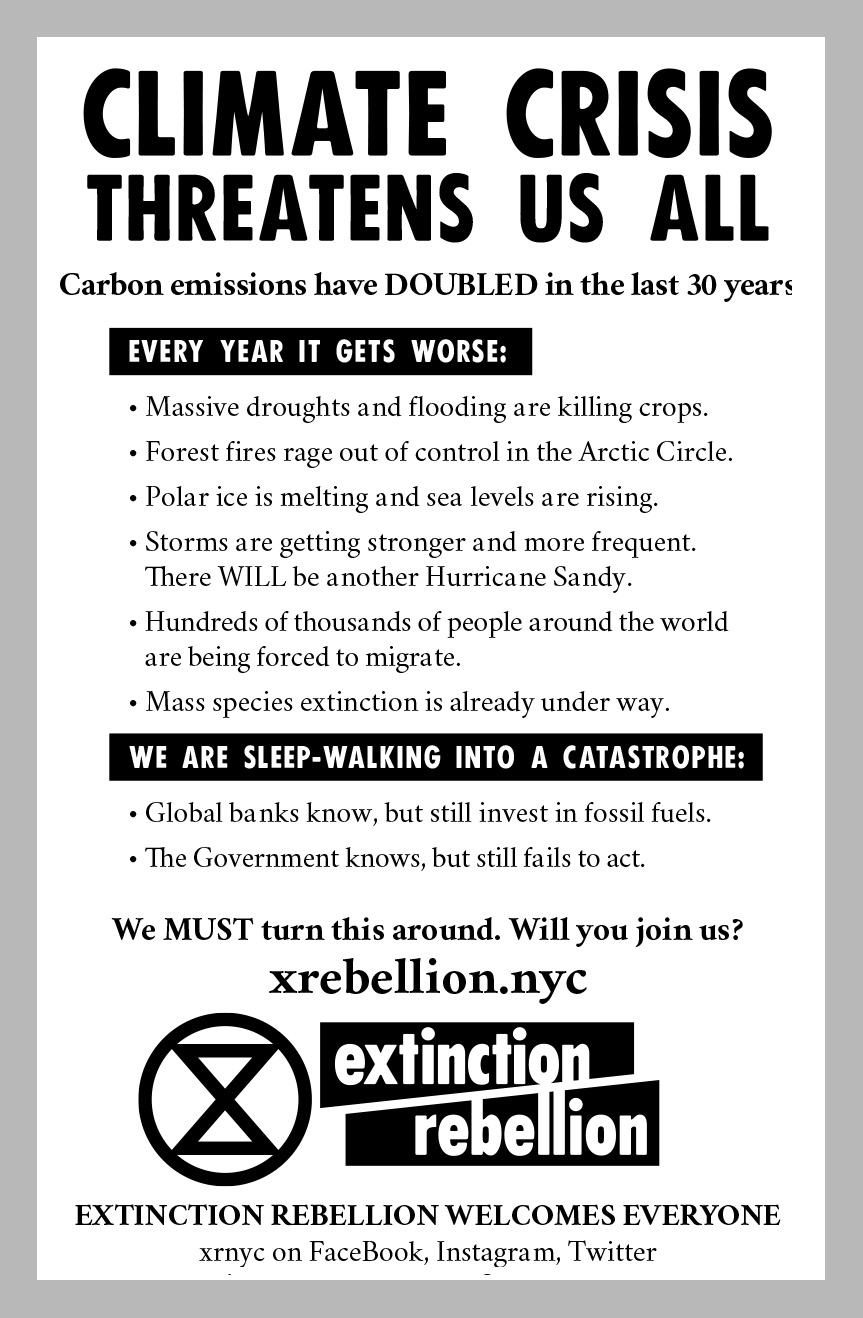 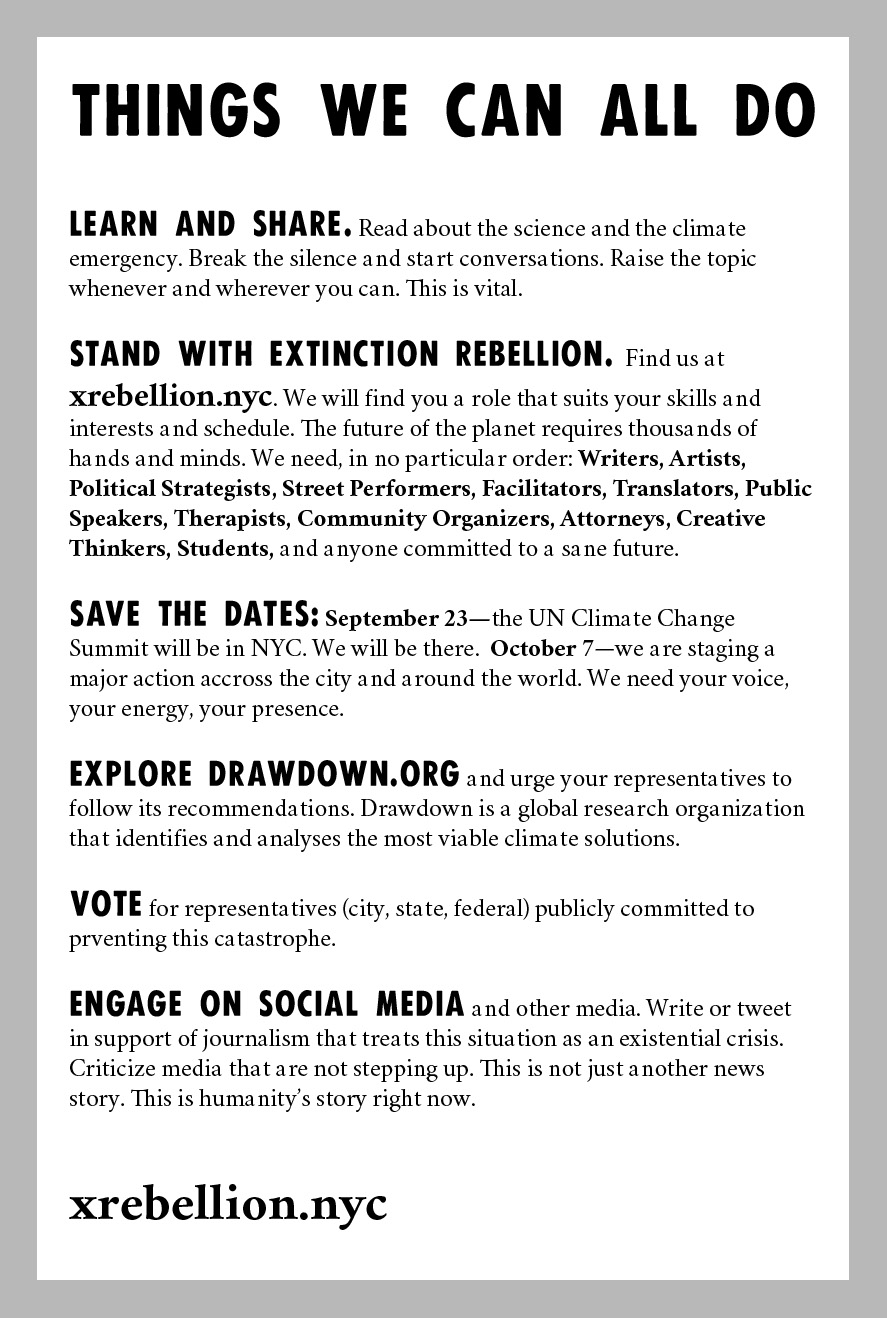 These flyers are being translated into several languages.